I was a 30 year old divorced mom with two beautiful daughters. Just after my divorce I met a man online and we clicked. This man swept me off my feet he was charming and kind and told me everything I wanted to hear. Six months later I walked out broken, and four and half months pregnant. He was a Con man and a fraudster he had stolen from me, lied to me and stolen from my place of work resulting in me losing my job, my home, and a car. I walked out with my two girls, my furniture and more debit than I knew what to do with. He had also stolen from my family.

I was lucky enough that my ex husband and I got on and he offered to help me get back on my feet. In January 2008 I moved in with my ex husband and his girlfriend and my two girls. This took a lot of pride swallowing and eating of humble pie.

I thought about my situation for a few weeks and decided that having two beautiful daughters already. I also realised that I was not financially stable nor did I know when I would be stable. I also realised that I was struggling with my other two daughters and adding another baby to the equation would not get any easier and the fact that the father had disappeared just made me realise I loved and wanted her and, I knew that I had to do what was best for my children all three of them and my only option was adoption that was the hardest decision I have ever made.

I then contacted a private adoption agency and met with a social worker. For me I needed to be in as much control of the situation as there were so many factors which were out of my control, I decided I wanted an open adoption and the social worker gave me three couples’ profiles to look at. She made it my choice and I asked to meet with one of the couples.

The social worker set up the meeting with the prospective parents. I was so nervous to meet them. I was fortunate that I had an amazing social worker and the fact that I went through a private adoption agency.

The first time I met the adoptive parents I was so nervous but they seemed so sweet. I wrote down all the questions I wanted to ask and they willingly answered them. I also took pictures of my two daughters and the scans so they could see the baby. By the end of the meeting I had decided they were the ones I wanted to raise my baby. She was a lot like me character wise and I wanted people who had the same values and beliefs as me to raise my baby. Being a mom already I wanted them to be able to share as much of the pregnancy and birth experience as I feel that a baby starts long before the birth.

We set the next date so they could come to a scan and meet my daughters as they wanted to meet the girls. I felt the girls needed to meet them as I had told them that I was giving the baby up for adoption as I wanted to help make a couple as happy as we were as we were a family and they couldn’t have children. This meeting was a success and my two shy daughters loved them which helped me know that I had made the right choice.

But what kept surprising me was the fact that they were concerned for me. I had this preconceived notion, that the only thing adoptive parents would be concerned about was the baby and time and time again they surprised me with their concerns for me and my girls.

We had made the decision that both the parents would be in the theatre with me for the C-section. Eventually my due date arrived and me and my social worker checked into the hospital and waited for the birth parents to arrive. The doctors and anesthetist and gynea were amazing to me and them. My beautiful birth daughter was born at 08.01 on the 22nd of May 2008. They had offered me to hold her first and I insisted the new parents held her first. I then got to hold her and spoke to her. She was crying and when I spoke and hushed her she immediately responded and listened to my voice. I was give time with her before I was taken to recovery and then to the surgical ward.

They named her so she had the same initials as me which meant so much to me. I was unable to visit her the rest of that day due to the spinal block I had received in theatre. But the adoptive parents came to visit me and give me an update as to how she was doing. The next day I went to down to the maternity ward and visited her and the new parents I did this a couple of times that day. The next day I went down and fed her a bottle and said good-bye to them and her. This was so hard I handed her to her new mother kissed her good-bye and walked with the tears streaming down my face. I got back to my ward and climbed onto my bed into the fetal position and cried and cried. I just couldn’t face the world. My social worker came and sat with me as I cried. The next day came and I was discharged and I was scared to go home I didn’t want to face my girls as it meant that this nightmare was a reality. But I had no option and was taken home on the Sunday. Monday morning I went to the court to sign away my rights this was such a non event for such a huge moment for me.

I have an open adoption now this means I get to see her two or three times a year and I still get letters and tons of Photos which make my adoption decision for me so much easier I love that I get to see her and that her sisters get to know her too. 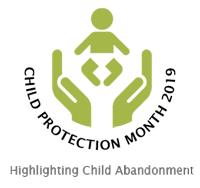